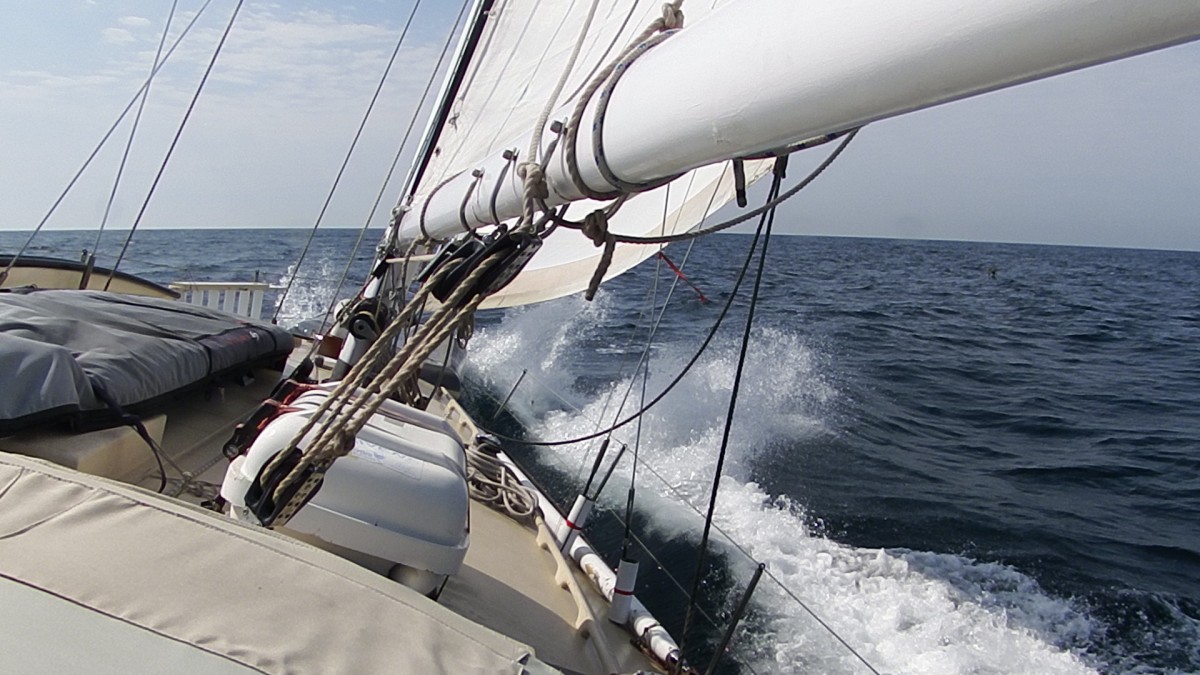 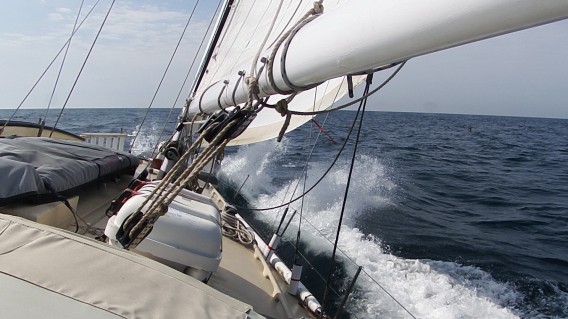 We had a nice day in Chamela, were surprised by some friends showing up in the anchorage, we’ve been hanging out with whenever our paths had crossed since San Diego (Lea Scotia) They have a 3 yr old and a 10months old baby aboard. Mats and Charlie play very well together, always means some down time for the adults. 🙂

At a little store we found some block ice and some provisions we needed and also saw a cute little restaurant we planned on checking out later in the evening. The Captain had taken the inflatable dinghy to shore with dog Noah and Mats and myself went on the SUP. When we got back to the beach we helped Evan and Noah (and the ice) to get over the shore break with the dinghy. At that moment, our friends also came to shore and as soon as Charlie and Mats had seen each other, there was no way in following the Captain right away, without risking a tantrum. So I stayed on shore and the two boys played happily in the waves. I noticed, that the waves started to pick up and got a little worried, if I would make it out ok with Mats on the SUP.

After half an hour I decided, I should probably try, before it picks up even more. So, I got Mats ready and walked out with the SUP. Michele tried to help as well. I am not very good in reading the waves and thought I am good to go. Michele set Mats onto the SUP and I started paddling, when a wave starting building in front of us. I hadn’t attached the leash and just jumped for Mats and off the board at the same time before the wave could grab the board and throw us of. Michele and Bucky were watching the whole scene, secured the board and I quickly left the water with Mats on my arm, as soon as I was able to stand up again.

I guess the Captain saw the whole scene from the boat and immediately jumped into the dinghy for rescue. That was kinda cute! But we just tried again with Bucky walking Mats out a little further and we made it ok passed the break and laughed in relieve the whole way back to Alsager. Yupp, we do have a (shore break) past (probably like everyone does) and it is making my heart (and Matsi’s)race again every time.

Later in the evening we had shared a Pizza in the restaurant and the nice day ended in a not so nice night for me, mainly spending it in the bathroom. Since the two men did not have any stomach problems, we figured, it couldn’t have been the restaurant, where we had all shared a meal. I was pretty groggy, when the alarm clock rang at 6:30am and I had only gone to bed at 4am. The sail for me was a bit of a chewing gum and I was glad, when we finally arrived in Tenacatita. It did not help much, when the Captain steered the boat away from shore, as the wind had turned south and not favorable for our route. The 37mile sail than turned more into a 50+mile all day sail.

What got my mind off a bit while not feeling well, you can find in the clip below. 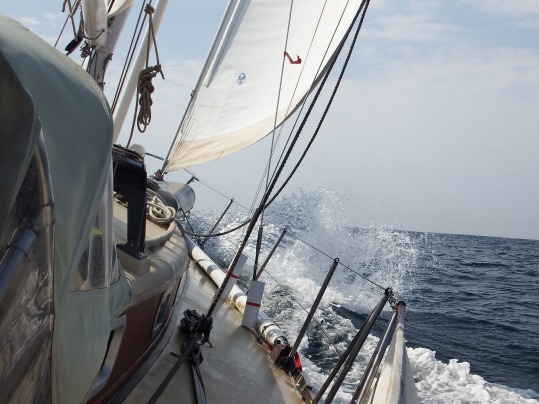 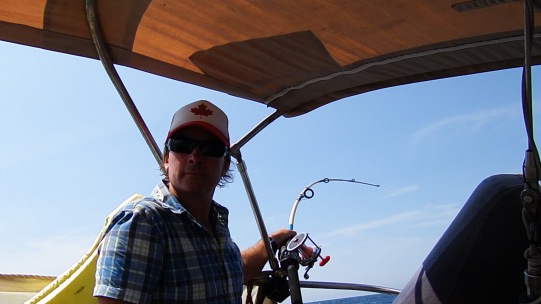 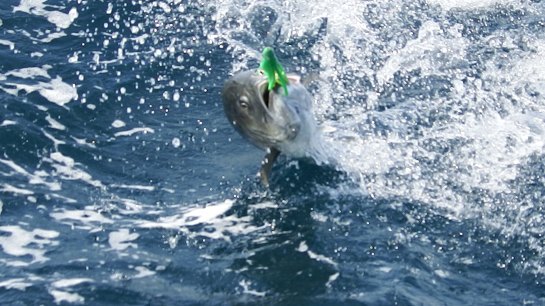 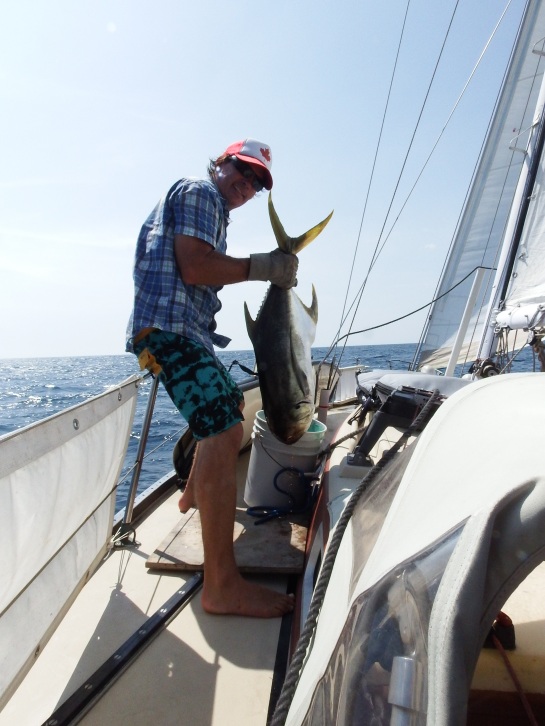 The Jack we caught turns out to have very dark meat. We tried it on the BBQ and it turned out like steak, really good! Since that was a big guy, we decided to use the rest in a fish stew. 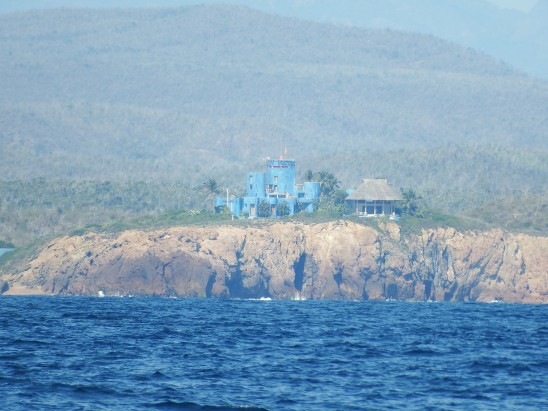 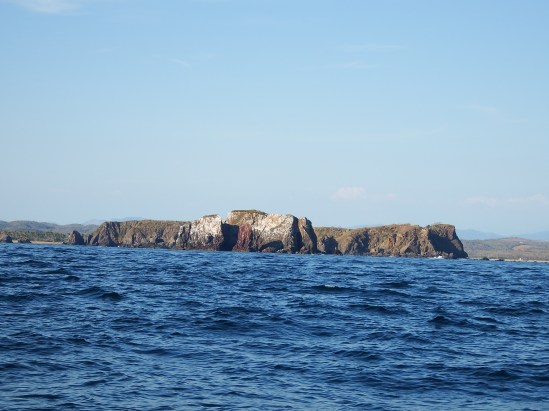 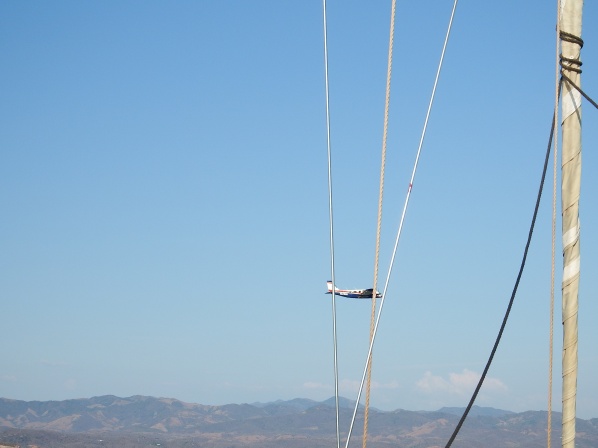 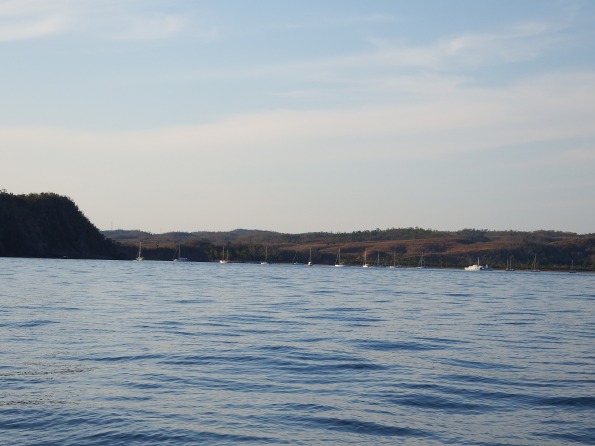