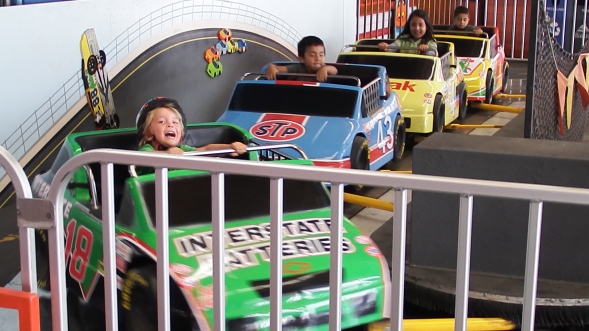 When we left Monterey Bay in the morning, the sky hazy and the water glassy, it was almost impossible to make out where the greyish water and sky met. Birds were gliding so close over the bay waters, their wings almost touched. All of a sudden a huge humpback whale appeared on our port side and I grabbed the camera. But the moment had passed already, it was the largest humpback and closest I had seen on our entire trip. Funny, so close to home!

The evening before we left Monterey, Robbie, who just returned from his Sailboat delivery and Marisa managed to stop by for a quick “Hello and Good-bye”. We had felt ready to depart, but when all of a sudden that whale appeared and we saw spouts in the distances, I never wanted to arrive in Santa Cruz and just continue to cruise inside the Bay.

Our arrival in Santa Cruz was a bit strenuous. We had to dock first to get a slip assignment, which usually sucks, especially if you had a long sail and just want to get settled in. The wind and current were not in our favor approaching the dock and in the eyes of the Captain I wasn’t acting fast enough. I quickly handed the lines to him, so he could do it the way it needed to be done. 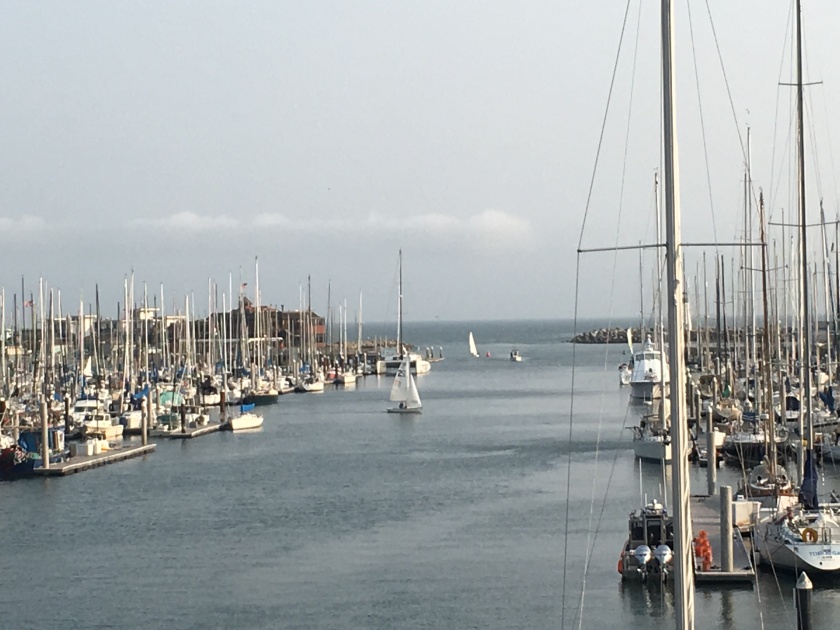 If you look closely, you can spot Alsager on an end tie to the left.

Also this happened in Santa Cruz. After almost a year of cruising and buying ice to run our fridge on the sailboat, which wasn’t always an easy task in “hot” Mexico, the Captain managed to find an almost new electric Coleman Cooler on Craigslist. With addition of a solar panel, this would have been a great addition for the trip. It was nice to have for the reminder and will be appreciated for future trips.

Mats had a blast at the Santa Cruz Boardwalk. There were so many new rides since the last time I had seen it. Of course he ended up in a “boat” .

But he said, he liked the plane the best. 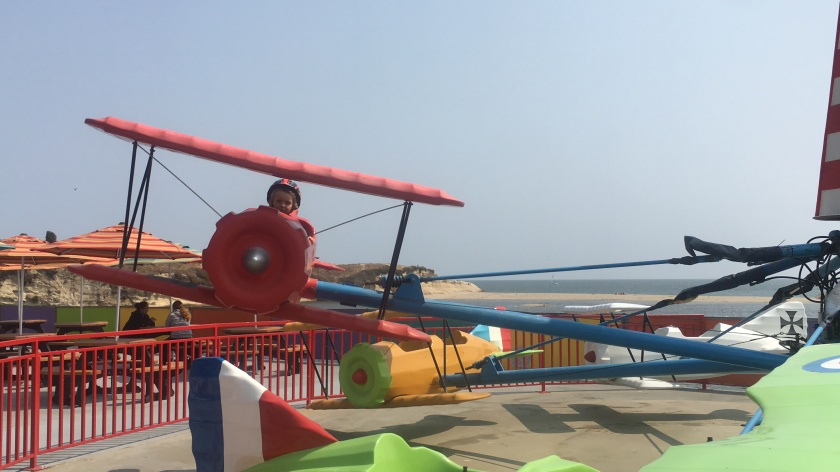 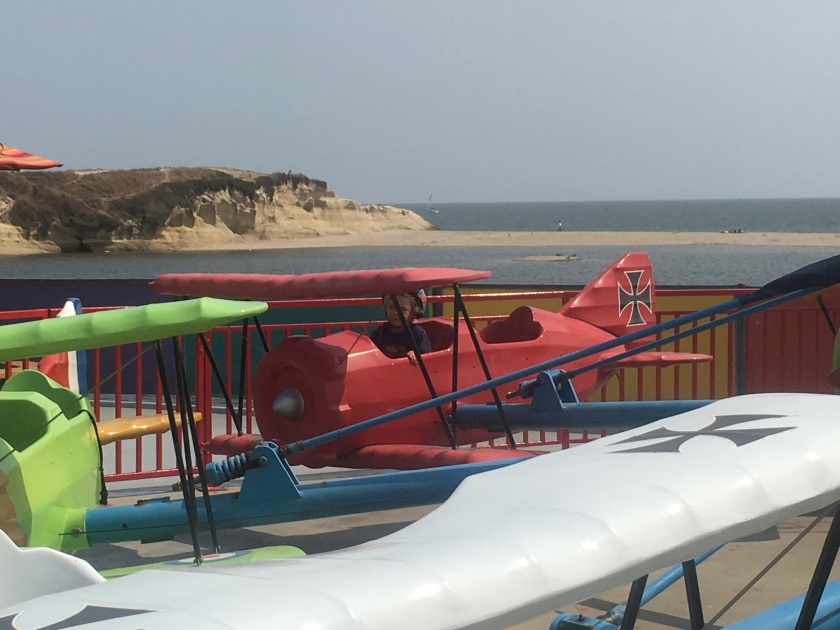 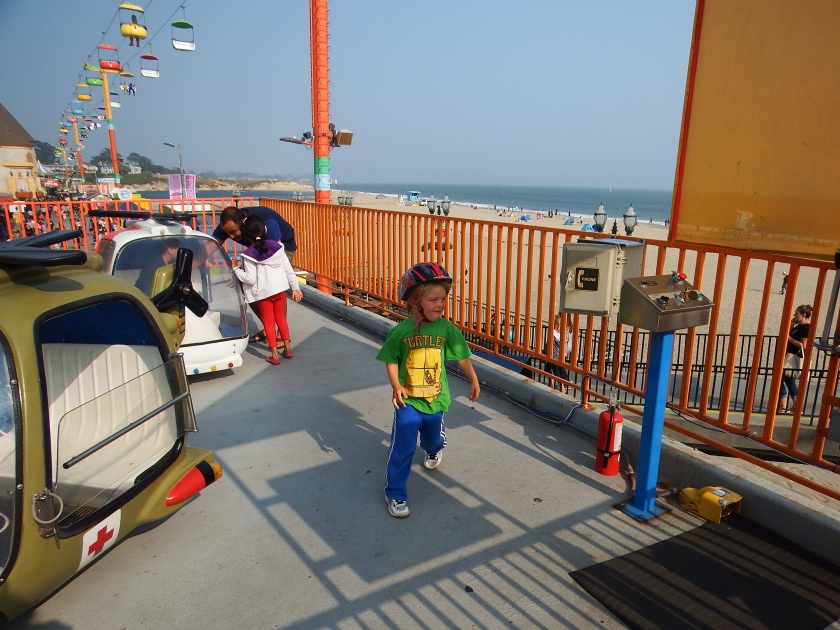