Since we had left Catalina island, we had started watching weather around the Pt Conception area. We were in no rush to get home to foggy San Francisco Bay and thought we would stay a little bit in Santa Barbara. The Captain had a lot of fun in SB when we were on the way to Mexico a year back, as there is a surf break close to the Marina he was able to paddle to. Santa Barbara is also very pretty and fun for everyone.

But first we wanted to check out Channel Island Harbor. We heard about free usage of a pool and that was tempting. Our ice-run fridge needed a refill, so we left cool Malibu beach and headed to our next destination. 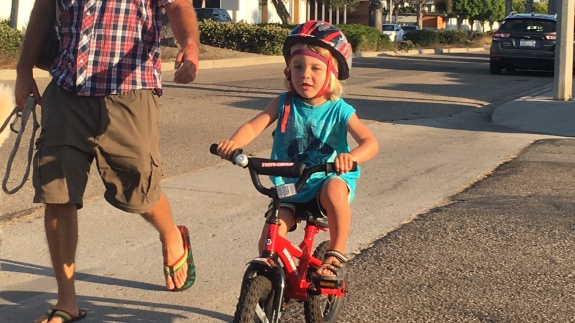 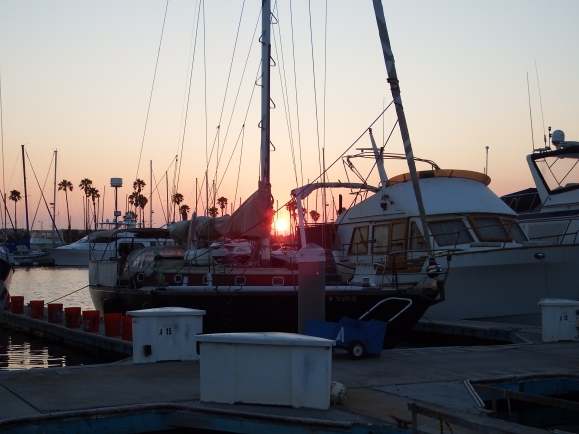 There wasn’t much around in walking distance, but being able to hang out at the pool at  an apartment complex and taking care of laundry, was worth staying 2 days. And then there was this great weather window coming up. We had watched it for a while now and since forecasts sometimes change rapidly, we were cautious to make a decision. But that window started looking really good and that on different weather apps. So we headed to Santa Barbara the next morning. Passed oil rigs and even caught a little Mackerel. He was too tiny to keep and we wanted him to enjoy his life. We let him free again. 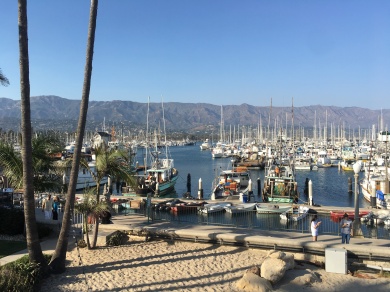 Our stay in Santa Barbara was short. We arrived around 2pm in blazing heat. Luckily they had a spot left for us, a race was happening that evening. Once again we checked the weather and given the fact that Pt Conception is a rough one, we couldn’t pass it up to ditch our planned stay at Santa Barbara, but use the weather to have an uncomplicated passage. 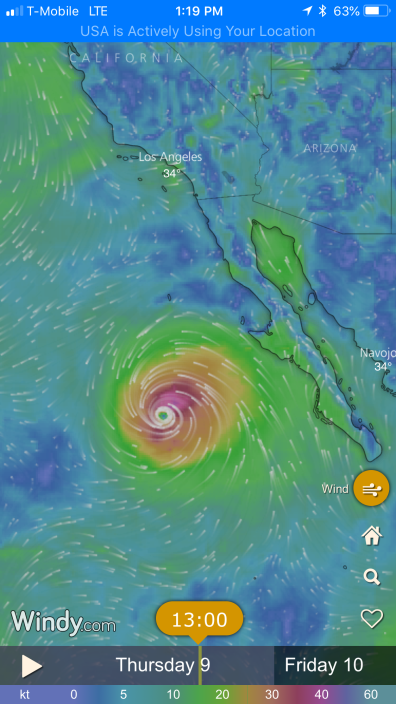 Yeah, isn’t it crazy that a storm in one area creates a good window in another?

Due to a nice guy we met on the dock, we were invited into the Yacht Club, had a cold beer and watched the race, where Sailboats appeared ghost-like through fog clouds. Even though we didn’t have a lot of time, we made the most out of it. 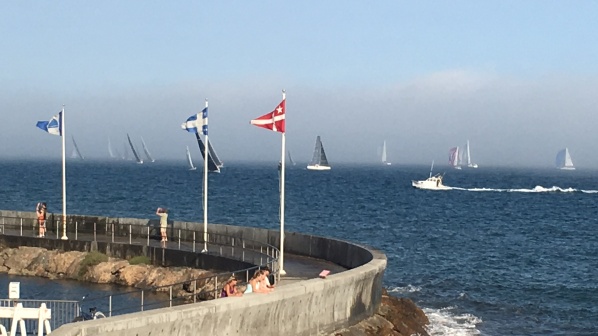 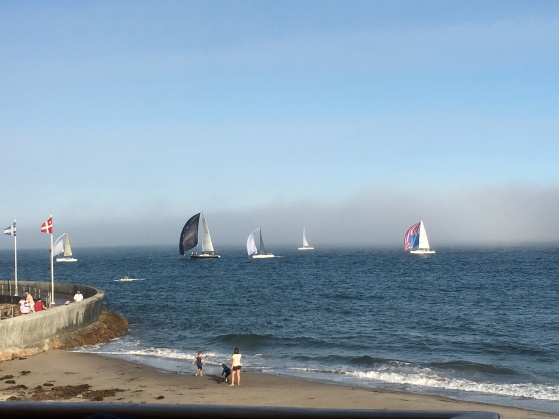 Our plan was to sail to the Cojo Anchorage right around the corner of Pt. Conception and sleep until sunrise. We arrived at sunset, picked our way around kelp fields and anchored. It was a nice evening and we were happy to be able to get some rest and especially that the forecast held up with even some south winds. 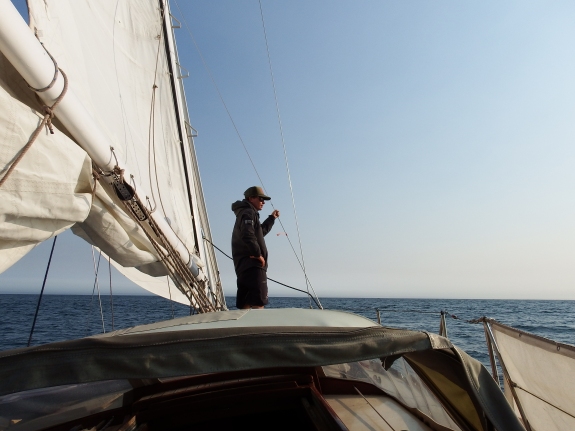 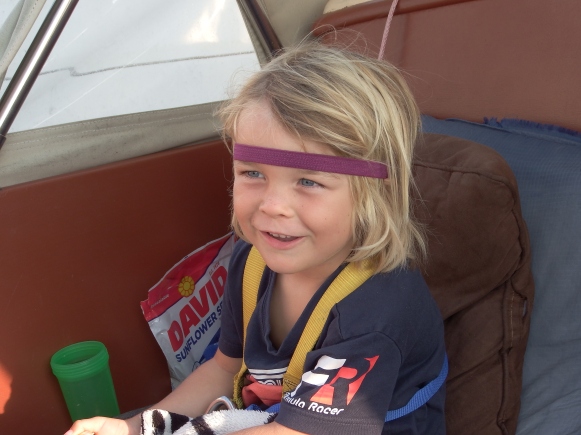 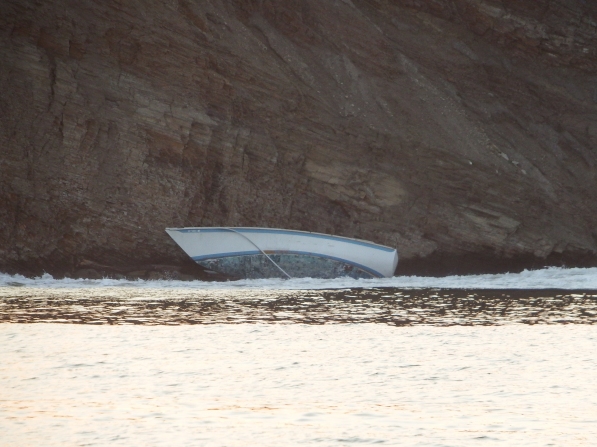 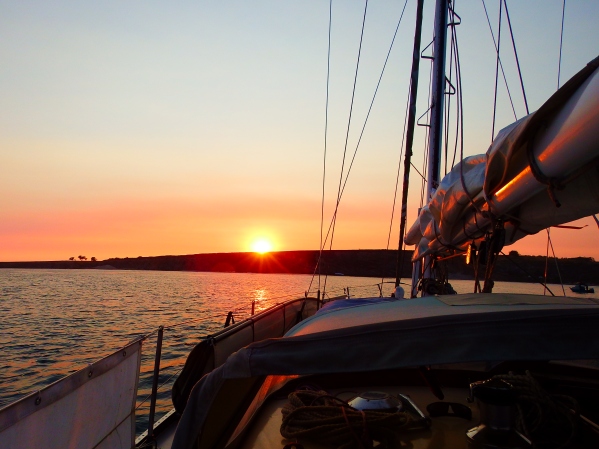 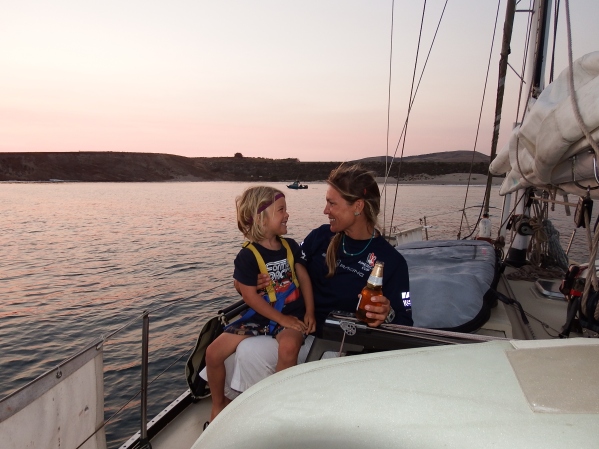 Pt Conception, we are ready for you.