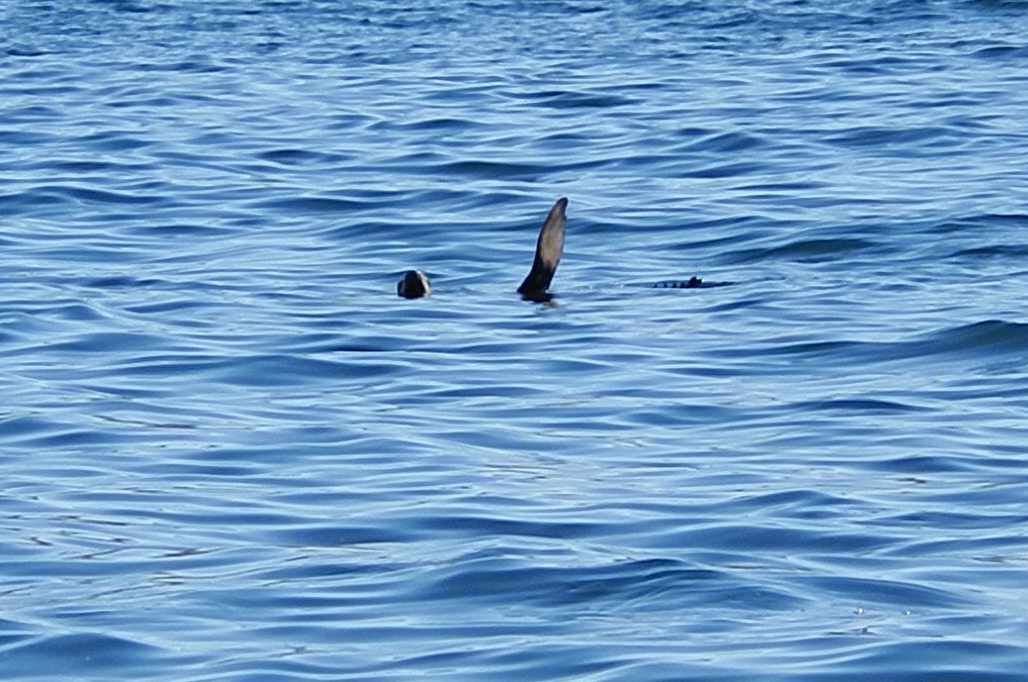 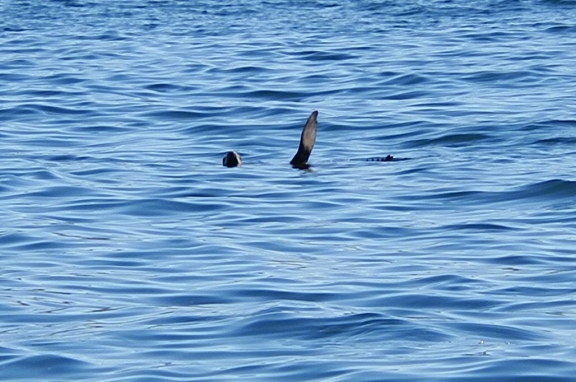 When we sailed out of La Ventana, our planned destination was only about 7 miles away. That’s why we had taken it easy in the morning. The wind came up quickly, certainly conditions which called for a reef in the main. But this scenario was short lived. About 20min later we were in a bubble and the boat literally went backwards and did a 180. That was so weird. From super windy, to absolutely none. We had to start the motor and steer further into the channel for better wind. However, it was all over the place and not ideal. 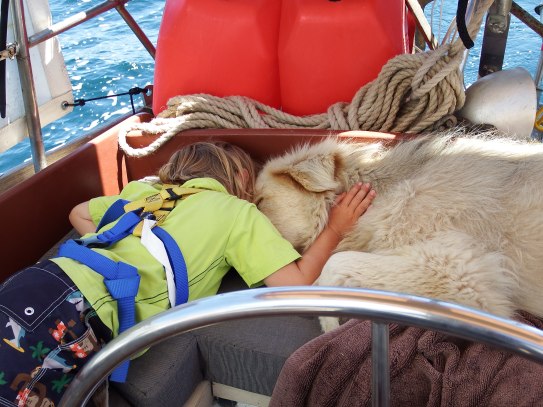 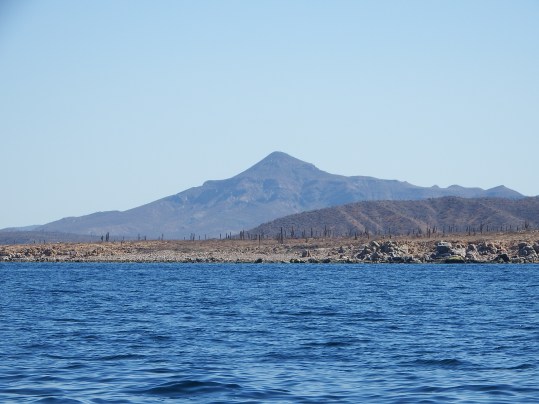 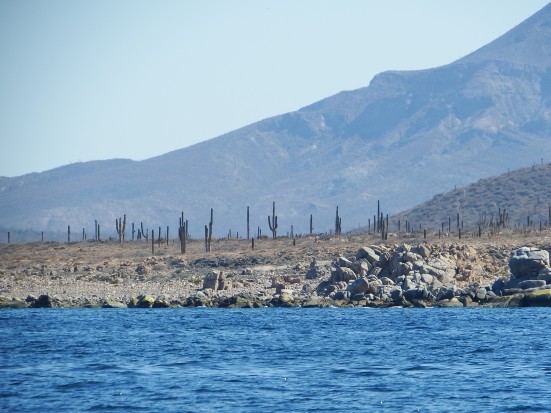 When we reached the anchor spot, we did not feel comfortable staying, it seemed to unprotected. We continued, passed one anchor possibility after the next and kept going towards La Paz. 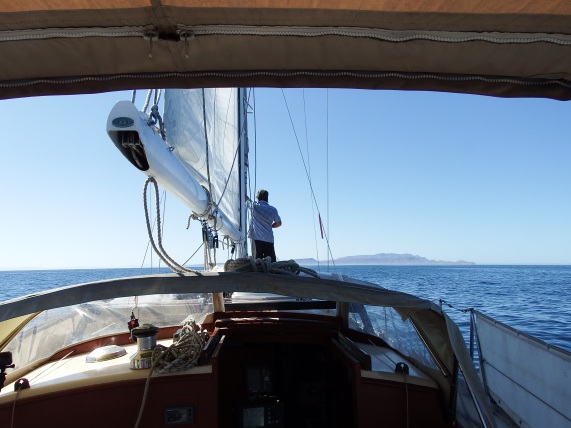 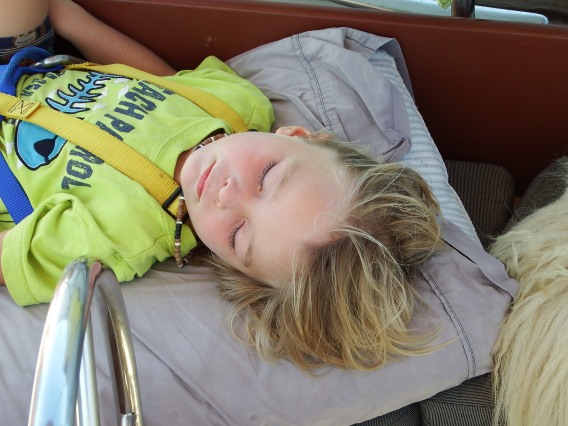 All of a sudden, we saw a catamaran far in the distance and the Captain said right away, I think that’s “FANTASY”! I did not believe him, as they were still very far away. But at one point we just tried on the Radio and it was them! We were happy to see some cruiser friends. 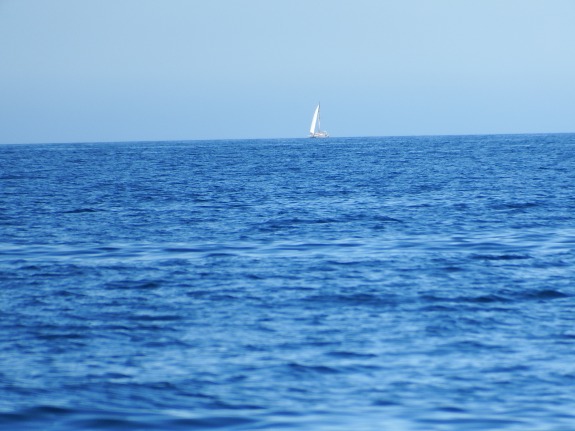 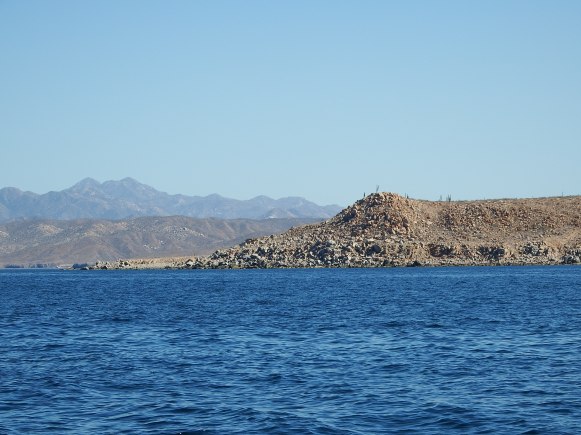 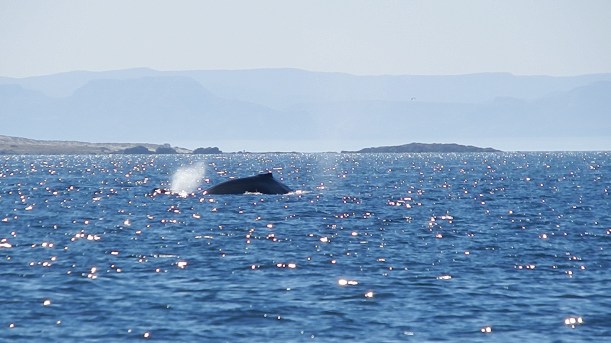 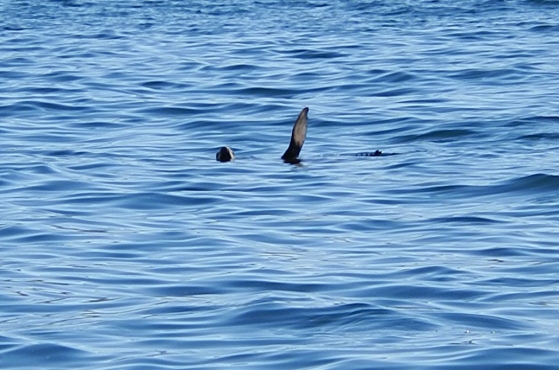 On this trip we learned the hard way, that you should NOT trust your NAVIONICS. All of a sudden, the water started to have a different color and it went from over 100 feet to “15”! This was a very rare moment, where I saw the Captain in, well, not panic, but definitely having a moment, jumping behind the steering wheel and pulling the boat around. That was a very scary moment, especially since it was supposed to be over 100 feet all around.

We went the same way back we came for a while and turned deeper into the channel. A talk with Fantasy calmed us down a little, they had done the route many times and had not experienced anything lower the 15 feet. Still, super sketchy! 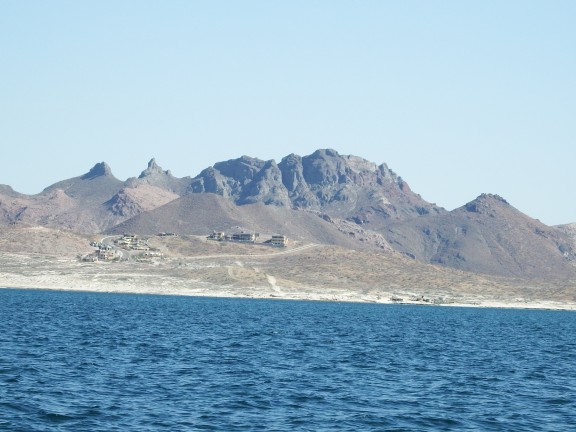 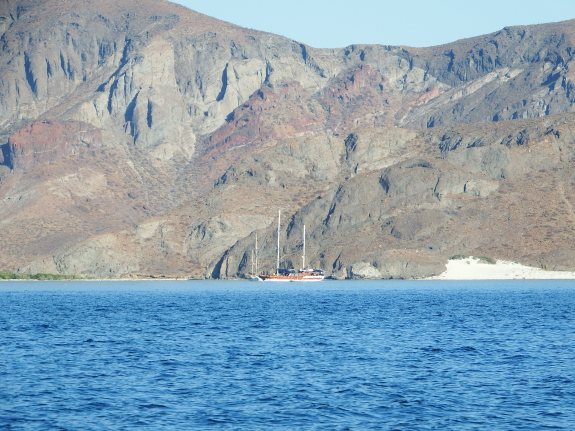 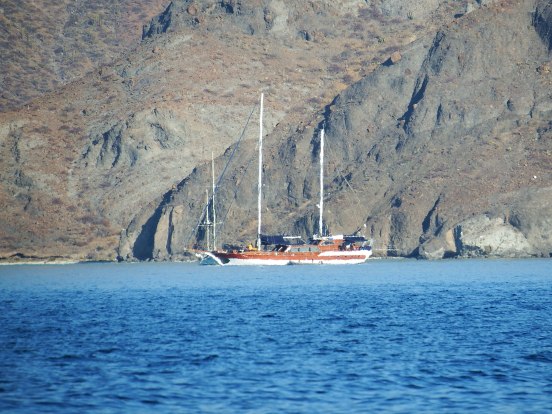 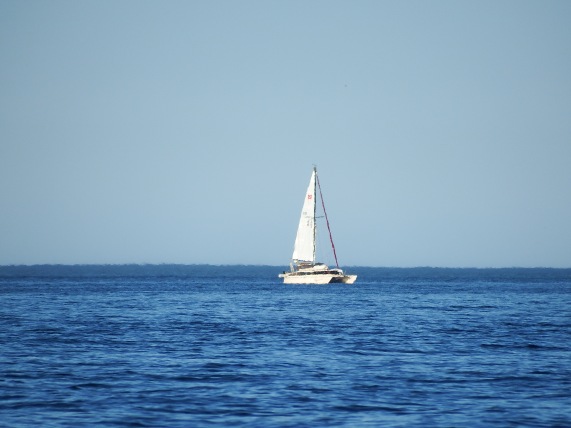 Fantasy went to an anchorage and we wanted to join them, but due to a misunderstanding we had already continued passed it and decided, we just wanted to make it into Costa Baja Marina before dark. And we made it and had a nice neighbor! Venus, used to be Steve Jobs Yacht. 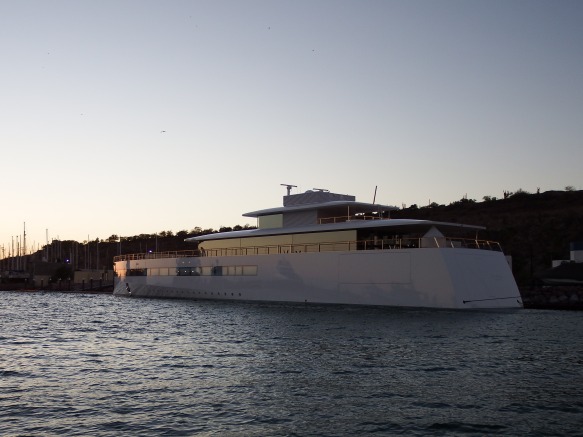 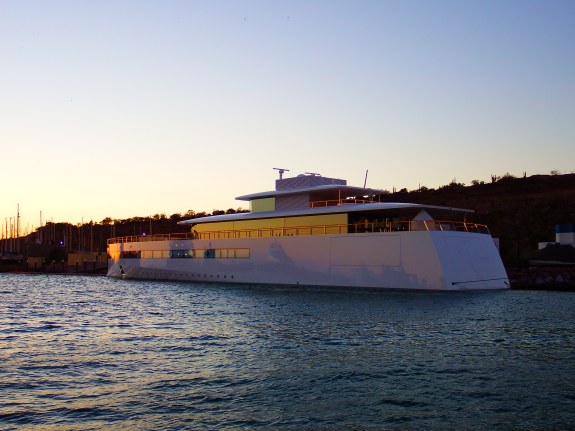 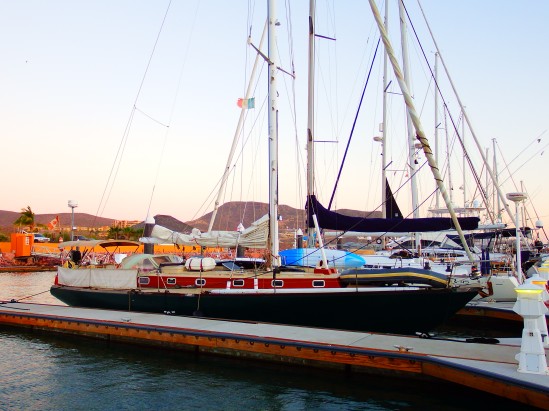 Costa Baja turned out to be quite expensive, but in the resort we were allowed to use a super nice pool and the Marina had a fantastic Sushi place.

It was a very long day, unexpected and we were just happy we had a protected spot, after sailing through big winds in the La Paz channel!