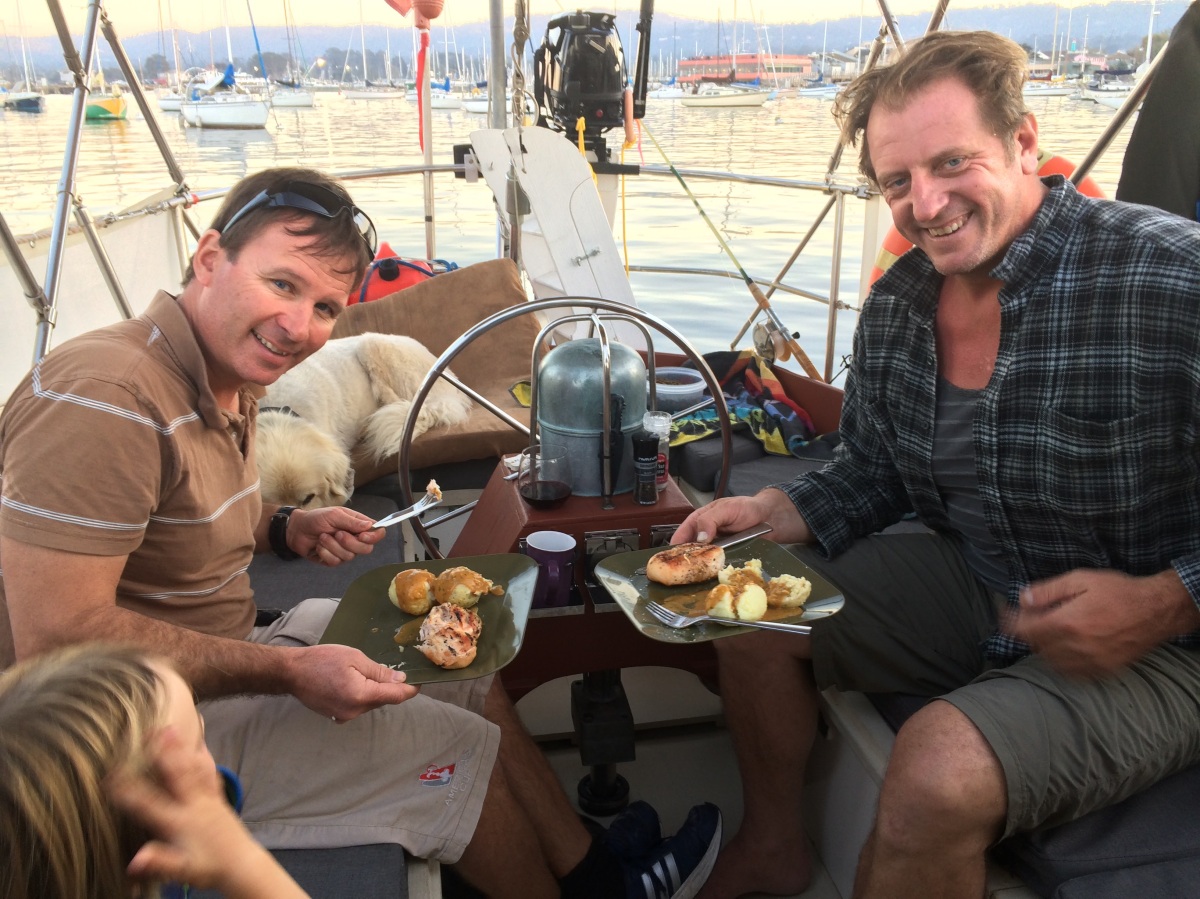 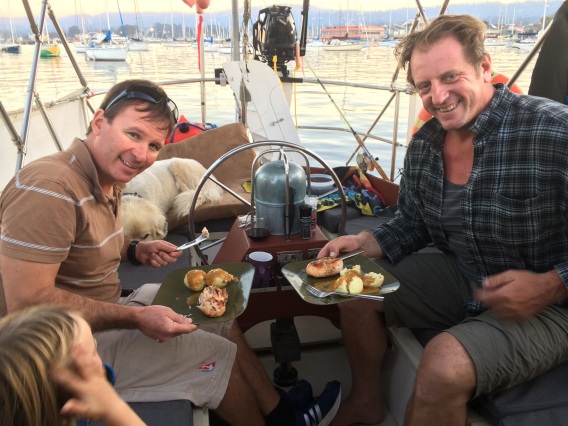 One week ago we have set sail out of Sausalito. It was an intense week and the sail ahead of us, wasn’t any easier. Short swell threw the boat back and force without any break. Mats was tucked into his car seat on board all day and he was a trooper. He seems to understand quite well, when we explain to him, that this is the safest spot for him in these conditions. Noah our dog must have lost quite a bit of weight, working hard to keep his balance and not feeling like eating, when we are under sail. It’s good that we had so many land days, where he was able to load up on energy again. Soon we will take a longer break in San Diego.

Here a little clip from the craziness.

P.S. Thanks to our German friends for the Knödel, seen in pic!